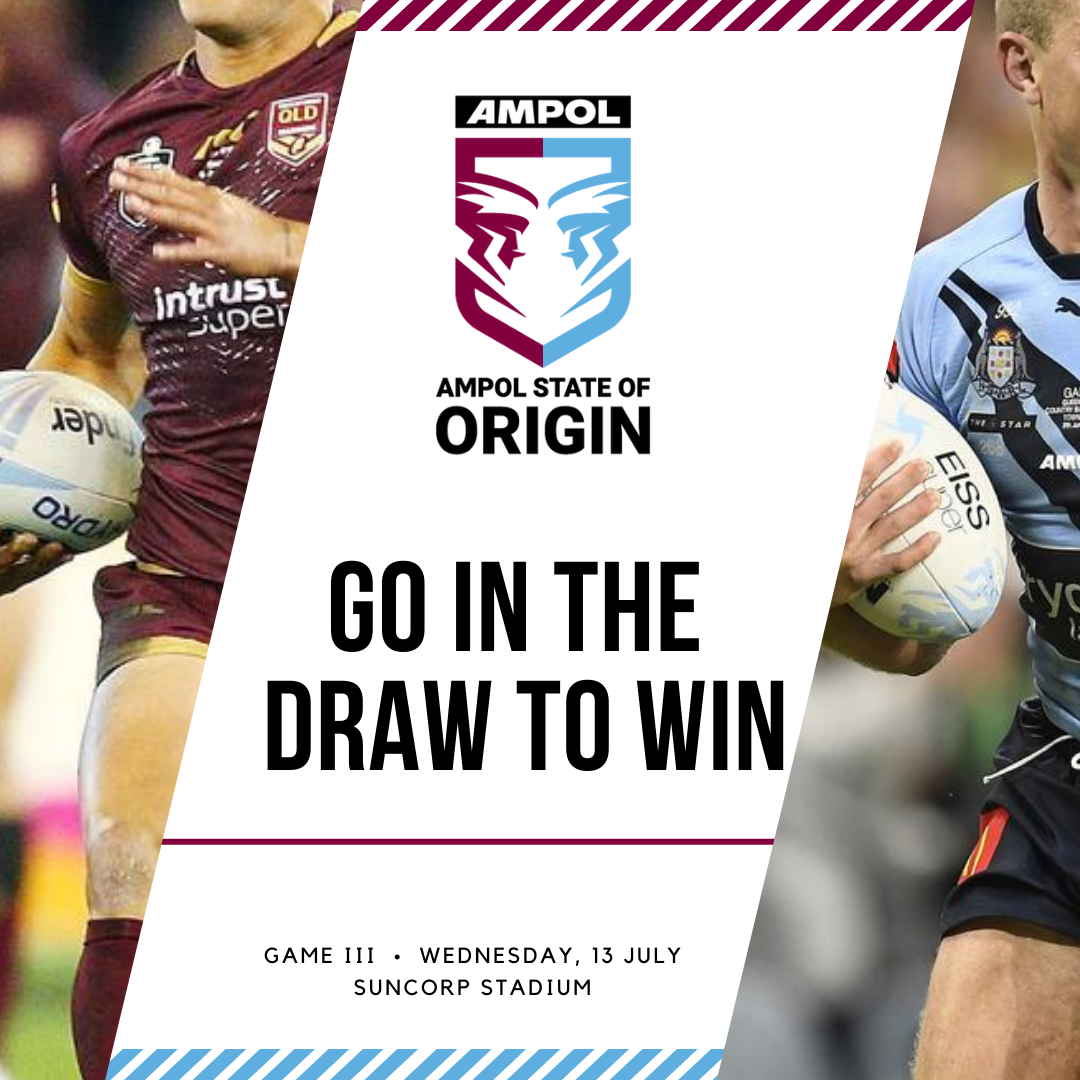 THERE ARE FOUR TICKETS UP FOR GRABS!

The AMPOL State of Origin is approaching fast and it’ll be a spectacle you don’t want to miss! Queensland will no doubt be playing with fire in their bellies in an attempt to redeem themselves. With Billy Slater as the new coach this year, all eyes will be watching to see if some pride can be restored to the Maroon jersey.

State of Origin Game III will be held at Suncorp Stadium on Wednesday, July 13, 2022. So go in the draw today!

All Products in
Stock in Australia